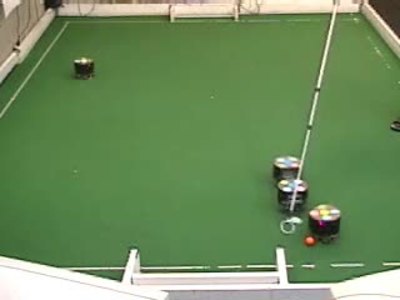 These videos are archived here to be referenced by current and future publications of the authors. What they demonstrate is a framework for mission-oriented robot control that seems to suggest a promising direction for managing the complexity of encoding control policies. This framework also establish a natural connection between feedback control and planning. The videos show that when this framework is applied to the domain of robot soccer, the resulting system competed at par in a simplified game setting against a former championship team in the International RoboCup Competition.