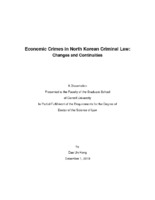 Doctor of Science of Law