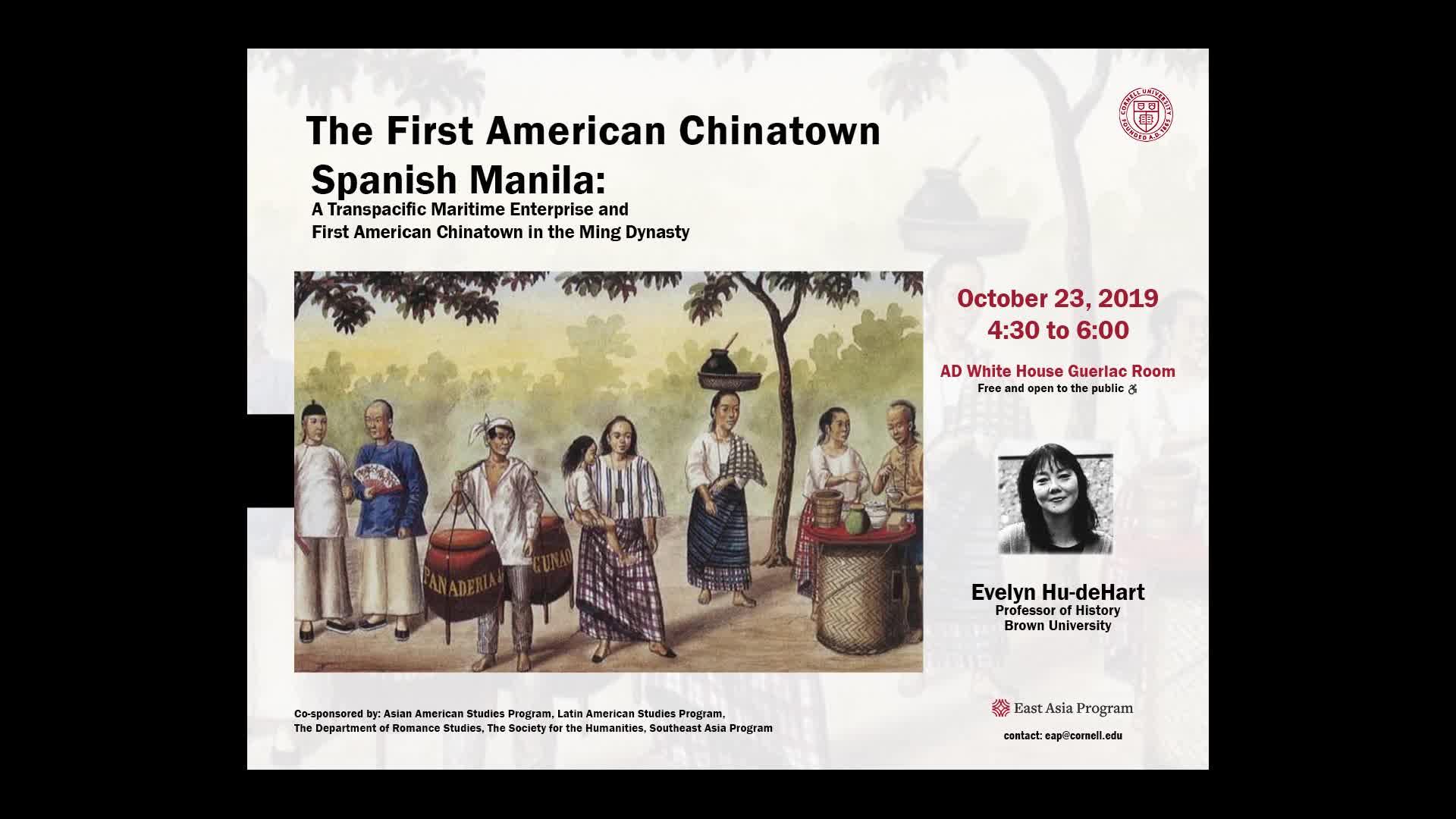 Evelyn Hu-deHart, Professor of History, Brown University - The Spanish Empire not only spanned the Atlantic from Europe to the New World of the Americas, but also extended across the Pacific to Manila of Las Filipinas. The ensuing Manila Galleon Trade from Acapulco, Mexico to Manila spanning 250 years constituted the first modern globalization. The tens of thousands of Chinese merchants, artisans, and laborers who flocked to Manila built a barrio chino that can be considered America's first Chinatown because Manila was colonized as an extension of Mexico (New Spain). Not only goods, but people flowed both ways across the Pacific, beginning in the mid-16th century, the Ming Dynasty. The Chinese community of Spanish Manila also signaled the beginning of the Chinese diaspora, spreading to the rest of Southeast Asia and the Pacific and to the Americas.

Audio of full lecture with presentation slides edited into the video.