Updates on the Arthropod Invasion 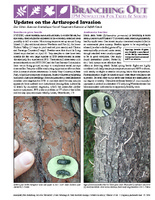