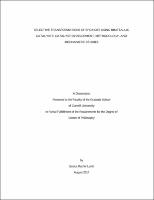 Epoxides are versatile building blocks in organic chemistry due to their inherent reactivity and synthetic availability. One particularly interesting reaction is the carbonylation of epoxides to β-lactones. β-Lactones are themselves high-value intermediates for natural-product and aliphatic-polyester synthesis. Bimetallic [Lewis acid]+[Co(CO)4]− catalysts allow for the mild and economical synthesis of β-lactones from epoxides and the inexpensive feedstock carbon monoxide. The modular salen ligand is a common framework for the Lewis acid portion of these catalysts and recent extensive tuning of the ligand sterics has improved the regio- and enantioselectivity for the carbonylation of 2,3-disubstituted epoxides. Herein, we report further development and application of these bimetallic catalysts to a variety of reactions. First, electronic variations are studied for the enantioselective carbonylation of meso- and racemic cis-epoxides. Enantioselectivity was improved for every substrate, resulting in some of the highest levels of enantioenrichment for epoxide carbonylation. We then applied the knowledge gained from previous catalyst development to design a new ligand for the contrasteric carbonylation of isobutylene oxide to the important polyester monomer pivalolactone. This catalyst is the first to give pivalolactone as the major product of an epoxide carbonylation reaction, representing a major advance in the field. Next, we applied previously developed bimetallic catalysts to the isomerization of epoxides to ketones. A wide array of monosubstituted epoxides were rearranged to methyl ketones under mild conditions and low catalyst loadings. We further expanded this methodology to the regioselective isomerization of trans-epoxides. This method displayed high and complementary selectivities to the Wacker oxidation of internal olefins. The mechanism of this reaction was thoroughly studied and additional catalyst tuning allowed for the first kinetic resolution of benzyl-substituted trans-epoxides with synthetically useful selectivity factors. Finally, related [Lewis acid][Mn(CO)5] catalysts were developed and applied to the deoxygenation of epoxides to alkenes using carbon monoxide as the terminal reductant. This is a rare example of a catalytic system that proceeds with clean inversion of stereochemistry for cis- and trans-epoxides, highlighting the potential for stereospecific alkene inversion through a two-step epoxidation-deoxygenation. Collectively, these studies demonstrate the utility of these catalysts for a range of selective epoxide transformations.