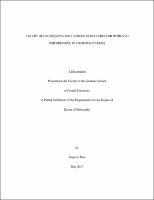 Lithium batteries are receiving a worldwide attention for applications such as electric vehicles, renewable energy grids for their extraordinarily high energy density. Despite high energy density of lithium-air or lithium-sulfur batteries, there are still a number of technical difficulties that need to be overcome to compete with the state-of-art lithium-ion batteries. Challenges can be narrowed down to the following; poor rechargeability at high areal capacity (> 1mAh/cm2), low areal power density, low energy efficiency, and lithium dendrite formation intimidating both capacity retention and fire safety. The poor electrochemical performance in lithium-air battery is attributed to: 1. diffusion limitation of oxygen, 2. proportions of non-oxygen gases in air, 3. insulating discharge reaction products, 4. parasitic reactions caused by superoxide radical attacks which lead to electrolyte decomposition and carbon surface oxidation, and finally, 5. structural disorder in cathode during the cell operation cycles. Lithium-sulfur battery has its own problems of: 1. intermediate polysulfide dissolution, and 2. structural disorder in cathode due to the volumetric expansion of lithiated sulfur molecules. In this study, we demonstrate that the change in the physical configuration of carbon-based cathode substrates in both lithium-air and lithium-sulfur battery cathodes can offer an effective approach to resolve their major issue of poor rechargeability., and. elucidate the mechanisms that alleviate the rapid loss of capacities over cycles.