"The Wrong Building, in the Wrong Place, at the Wrong Time": Marcel Breuer and the Grand Central Tower Controversy, 1967-1969 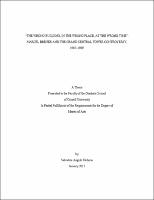 In the late 1960s, New York’s Landmarks Preservation Commission rejected a controversial proposal submitted by Marcel Breuer and Associates to float a fifty-five-story office tower in the air rights above Grand Central Terminal. As a flashpoint in the development of US preservation policy, the dispute over Breuer’s addition has figured prominently in historical accounts of the postwar city. This study, however, challenges the common historiographical reception of the project—that it was irredeemably wrongheaded—and suggests as a counter-position that its wrongness might be its principle virtue. Breuer’s tower—much larger than the existing building and executed in an incompatible architectural vocabulary—violated prevailing conventions of taste and propriety. But, in doing so, it staged a confrontation between private and public concerns with a new kind of visibility. As much as Breuer and his modern movement idiom have been cast as villains in the controversy, contemporary critics saw his Grand Central Tower less often as an act of vandalism and more often as the product of a growth machinery whose operations had been pushed to the point of irrationality. Like a work of Surrealist collage, the addition threw critical light on architecture’s complicity in an anti-democratic politics of development dominated by the interests of corporate capital.