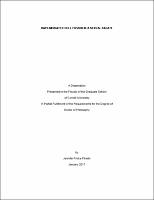 A crucial step in the life cycle of eukaryotes is sexual reproduction. For productive sex to occur, the first cellular steps that must be taken are gamete recognition, adhesion, and membrane fusion. However, little is known about the proteins governing these initial events. Helpful in this regard, are studies on HAP2/GCS1, an ancient and highly conserved gamete membrane protein necessary for successful fertilization in a wide range of eukaryotic species. Efforts have already recognized the necessity of HAP2-mediated membrane fusion in the male gametes of multiple species, but they have come short of describing its mechanism of fusion, structure, or potential origins. Here, we investigated the expression, genetic necessity, and fusogenic capacity of HAP2 during the sexual cycle of the model single-celled ciliate species, Tetrahymena thermophila. Unlike in other species, we found that HAP2 is expressed in all seven mating types of T. thermophila, and fusion and fertility is only prevented when HAP2 is deleted from both cells of a mating pair. Along the way, we also functionally examined a hypothetical HAP2 accessory protein, ZFR1, probed the life cycle of a ciliated fish parasite for the presence of a conjugation stage, and accidentally found instances of unexpected parthenogenesis in T. thermophila. Perhaps most importantly, we developed a flow-cytometry-based assay for quantifying sexual cell fusion events in an in vivo model of eukaryotic fertilization, identified a predicted high-confidence structural homology between HAP2 and class II viral fusogens, and tested the functional extent of this homology through targeted deletions and biophysical tests of the HAP2 fusion loop. In addition to providing indications of a viral-like fusogenic mechanism for HAP2, these findings that show a structural and functional similarity between a viral and gamete fusogen harken back to early theories that a “selfish” genetic element promoting membrane fusion as a means for intergenomic transmission led to the origin of eukaryotic sex.