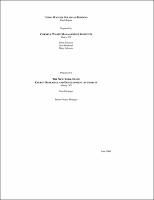 Six farms using different types of dried manure solid (DMS) strategies, including a farm that had side-by- side pens using sand and DMS, participated in a study to assess the impact on herd health of using DMS as bedding on dairy farms in the Northeast. Samples of unused and used bedding were taken over the course of a year and analyzed for bacterial content and physical properties. Mastitis and somatic cell count (SCC) records were analyzed in relation to those properties. Sand bedding started out “cleaner” than DMS bedding, but once in the stalls, the bacterial load of several organisms was highest in sand. In addition, DMS with the least bacterial numbers in the unused tended to have the highest bacterial numbers in the used bedding. A comparison of bacterial concentrations in unused and used air-dried DMS versus composted DMS did not show composted to be consistently lower and calls into question the value of composting DMS prior to bedding. Bacteria in the unused bedding had little to no effect on bacteria in the used indicating that bacterial levels in used bedding are more dependent on bacterial levels in the manure of the cows using the stalls and how well the stalls are scraped, rather than the cleanliness of the bedding before it is place in the stalls. Levels of Streptococcus, Klebsiella and gram negative and positive bacteria were significantly higher on the teat ends of cows bedded on DMS versus those bedded on sand, but SCC and mastitis for those cows did not differ between bedding materials. Although mastitis differed among farm/bedding strategies, bacteria levels and properties of bedding had no effect on mastitis incidence. Lactation number, stage of lactation and SCC were the significant variables. Decreased levels of Klebsiella in the used bedding increased the odds of having an abnormal SCC for one FBS, and decreased moisture and fine particles in the used bedding increased the odds of having an abnormal SCC for a different FBS. For all others, abnormal cell counts were affected only by season, lactation number and milk production. Concern that continued use of DMS will increase SCC was not borne out using linear regression of 10 years worth of linear score data. Although 2 of 6 farms showed an increase in linear score while using DMS, it was not different from the change in linear score prior to using DMS. Lameness was higher in cows bedded on sand compared to DMS. Economic analysis a savings of between 1 and 26 cents per hundred weight of milk produced through the use of manure solids as bedding on five farms. This study suggests that properly managed DMS can provide an economic benefit without compromising herd health.