Enchantment And Embarrassment In The Lyric 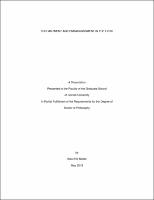 In a supposedly enlightened and disenchanted age, why has lyric poetry continued to behave in ways that are now inadmissible or even unimaginable in any other kind of discourse? Unlike narrative and dramatic genres, the lyric, from its earliest surviving examples to the prosaic poetry of the present, is evidently unable ever to be simply disenchanted but only ostensibly or conspicuously so, its burden of myth and wonder always to be at least partially resisted yet never to be entirely overcome. Gestures of animation, invocation, and praise, apparently artificially imposed (dis)order as well as spurious gnomic and vatic sayings with claims to universal or transcendent knowledge seem to be marks of the lyric as a genre. This would raise little concern if lyric writing did not so frequently profess earnestness and intimacy, rejecting fictional status and thereby preserving a capacity to lie. Through meticulous readings of French and German poets active during the long 19th century, including Hölderlin, Mallarmé, Valéry, and Rilke, this dissertation offers a theory of poetic license, that is to say an attempt to elucidate why lyric poems traditionally have been allowed to speak in manners that elsewhere would be judged unfounded, untruthful, or even mad. Five discrete lyric phenomena structure the text: meter, measure, lies, animation, and praise. Although these phenomena are neither exclusive to the lyric genre nor found in each of its instances, they correspond to strategies for regulating the balance between enchantment and disenchantment, a constitutive function of lyric writing. Whereas established approaches to the modern lyric's techniques of enchantment seek to explain them either as mere residues of former superstitions or as wholly new forms of "re-enchantment," this thesis provides the conceptual resources required to conceive the lyric's privileged relationship to (dis)enchantment in strictly poetological terms, which help us understand the persistent poetic efficacy of ancient and modern texts alike. Enchantment and Embarrassment in the Lyric hence both advances a theoretical argument about the lyric genre and intervenes in broader debates by providing new tools for conceiving the process of secularization.