Archeology Of A Political Unconscious: Theater And Opera In East Berlin 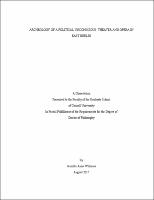 In the landscape of ruined streets, towering cranes and incomplete buildings under perpetual reconstruction that constituted East Berlin, what kind of space did the theater provide, and what role did it play in the construction of the new state? To what extent did its language of metaphors and symbols communicate the legitimation of an East German society, or did their ambiguity instead empower artists to challenge it? In pursuit of these questions, this dissertation engages with the aesthetic and political dialectics of East Berlin to examine how its theater and opera stages served as spaces in which artists and audiences acted out, fueled and resisted the troubled construction of political legitimacy through symbolic and material means. Of particular interest is the recurrence of reused theatrical materials in these East Berlin productions: compound, renovated objects that simultaneously encapsulated past and present meanings. At first glance, these materials appear to be vessels for political rhetoric, suggesting the historical trajectory of the new state extended back to the prewar historical moments the reused materials evoked and thereby confirmed a political legitimacy the SED so actively promulgated. However, by expressing both past and present meanings - and in half-finished shapes that mirrored the incompletion of the planned society's political and physical world - these reused theatrical materials also confounded such a linear historical narrative and challenged the very rhetoric it seemed to uphold. With a focus on the work of Bertolt Brecht, this dissertation investigates the reused theatrical material on East Berlin stages in three case studies: Uta Birnbaum's 1967 production of Brecht's Mann ist Mann at the Berliner Ensemble (the reassembled theatrical material), Joachim Herz's 1977 production of Brecht and Kurt Weill's Aufstieg und Fall der Stadt Mahagonny at the Komische Oper (the reconstructed theatrical material) and the work of Heiner Müller that consciously reused Brechtian theatrical material (the sublime theatrical material). In each instance, the reused theatrical material dialectically expressed the contradictions inherent in East German political legitimacy, at once confirming and challenging it.