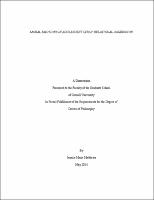 A longitudinal analysis of intensive interviews with 11 to 15 fifth to eighth grade girls' moral emotions in relational aggression situations was conducted and examined in relation to actions taken. Results demonstrate which moral and non-moral emotions these girls reported in real and hypothetical situations and how constellations of use of emotions change over time. Using Haidt's moral emotion families and a constructed grounded theory approach, twenty-eight total emotions were identified as used by all participants across all four years of the study, including several sub-types of anger and guilt. Close examination of moral emotions demonstrated that girls report using a variety of emotion families to think through responses to relational aggression, although connections between specific emotions and specific actions were not found. Perspective taking was the most common action reported, and most participants evidenced a desire to limit interpersonal hurt while maintaining friendships. Emotional awareness strategies were identified and were used by girls to respond to and regulate their own and others' emotions. As participants moved from fifth to eighth grade, they focused less on compassion for victims and more on avoiding anger and conflict. Although the sample size is small and middle class, the results suggest that moral emotions and emotional awareness play important roles in how girls judge and act when discussing their experiences with relational aggression. Results of this study contribute to theories regarding the interplay between moral emotions and moral judgment. Implications for future research and for interventions are proposed.