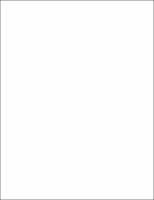 William Richard Lethaby was, in the late nineteenth and early twentieth century, a very well-known English architect, educator in the fields of architecture and design and historian of both architecture and art. His interests and abilities ranged over a surprisingly large array of subjects and his influence in a number of areas was considerable. While previous studies of Lethaby have offered valuable information and insights focusing on his biography, on discussion of his architectural work and/or an overall appreciation of his accomplishments, it was thought worthwhile to make a more expanded study of Lethaby’s thinking in order to see more clearly the main characteristics and how his different areas of interest tie together. After some study of Lethaby’s writings, what were perceived to be the principal areas into which his theory of architecture might most productively be grouped were selected for discussion. The resulting topics include Lethaby’s views on past architecture, those on “style” and ornament in architecture, the relationship of architecture to the other arts, to engineering and science, how to deal with architectural artifacts, his thoughts about towns and cities, whether architecture could have a national essence, and more. Lethaby did not produce a formal theoretical tract so it was necessary to draw his theory out empirically looking at his writing and work in the various subject areas. Besides his writings in periodicals and books, an attempt was made, in the interest of a more enhanced view, to also review Lethaby’s correspondence (where possible) with others, his subjects and notations in his sketchbooks, and to study his architectural and other design work to see how this related to his thinking. Lethaby was known for his aphorisms which capture his thinking in a very succinct and memorable way. More extensive passages in his writing are also compelling and inimitable and it was thought that the inclusion of a good number of Lethaby’s own words in this study could bring an even closer understanding. An attempt was made to point out, where it occurred, when Lethaby’s thinking changed over time or did not. The main results of this study center around two main points. The most important concerns documenting and further exploring the extensive interconnectedness of his thinking on one subject with another. Lethaby was interested in this – for example, in questions of how knowledge of the past could be relevant to the present and future, how the artisan, builder, architect and engineer were to relate, and the extension of the quintessential Arts and Crafts dedication to total design from knives and forks to door hinges to room décor and a building’s style and ornament. Lethaby was notable in expanding this integrative view to the larger scale of towns and cities as well. The second point involves a more developed discussion of the evolution of Lethaby’s thinking regarding the role of the machine in the production of the built environment and more as to how he, as a leading spokesman in England of Arts and Crafts philosophy, could come to an accommodation, with certain qualifications, with mass production. The study also discusses more thoroughly how Lethaby’s interest in integration produced a new kind of education in architecture and design – a type which led to important results abroad with the Deutscher Werkbund and Bauhaus. An Appendix reviews how the English Arts and Crafts point of view, with Lethaby as one of its more important spokesman, is related to later architectural developments abroad.