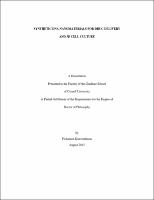 Interest in the use of DNA nanotechnology in biomedical applications has increased tremendously in the last decade due to the uniqueness of DNA properties that allow precise and predictable construction of synthetic DNA building blocks, which later form higher complex DNA structures. Moreover, the synthetic DNA structures can be manipulated by the same molecular toolkits as natural DNA and naturally degraded to metabolite by-products. Thus far, most of the biomedical applications employing DNA nanomaterials are related to gene delivery and detection due to Watson-Crick base pairing rules. For example, the DNA nanostructures have been used in detecting DNA and RNA in biological systems by an innate hybridization property between the DNA nanostructures and target oligonucleotides. Moreover, the DNA nanostructures have been used as a carrier for antisense DNA or siRNA. Here, we present the use of synthetic branched DNA nanomaterials for a co-delivery of Doxorubicin and siRNA and a hydrogel-based scaffold for 3D cell culture. First, we demonstrate the development of the novel DNA-lipid co-delivery nanocarriers called DNAsomes. The DNAsomes can be loaded with both siRNA and hydrophobic drugs that promote synergistic effects. The DNAsomes exhibit lower doses of drugs required for therapy. Furthermore, we propose a novel DNA hydrogel-based scaffold for 3D cell culture. Cells grow, proliferate, and form multicellular spheroids (MCS) inside the DNA hydrogels. The DNA hydrogels are naturally degraded by effects of FBS in the culture media and by-products secreted from the cells. In addition, the DNA hydrogels can be degraded on-demand by a DNase I enzymatic reaction to release cultured MCS without any disruption to the MCS. Also, re-encapsulation of released MCS is possible allowing several downstream applications of the MCS. Lastly, we demonstrate the potential use of DNA hydrogels for 3D siRNA delivery. The siRNA hybridize to the DNA building blocks forming siRNA hydrogels. The time-specific release of siRNA can occur in the presence of RNase H only degrading RNA/DNA hybrids bridging the DNA hydrogels and siRNA. By adding different amount of RNase H, the siRNA controlled release profiles are different. The siRNA hydrogels can potentially be used to culture and transfect the MCS at the same time.