Waguih Ghali Unpublished Papers
JavaScript is disabled for your browser. Some features of this site may not work without it. 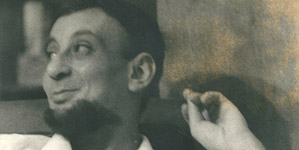 Waguih Ghali was a Coptic, Anglophone Egyptian writer, best known for his novel Beer in the Snooker Club (1964). Fearing political persecution, Ghali spent his adult years living in exile in Europe. Waguih Ghali writes critically and compellingly about what has come to be known as the post-colonial condition. His writings reflect a distinctly cosmopolitan vision.

For more information, please see About the Waguih Ghali Collection .