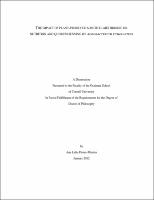 Agrobacterium tumefaciens infects many higher plants, causing crown gall tumors by transferring and incorporating a DNA fragment (T-DNA) from the tumor-inducible (Ti) plasmid into the chromosome of plant cells. The incorporated T-DNA expresses genes for phytohormone synthases (induces tumor's plant cell proliferation) and opine synthases (causing the production of bacterial nutrients called opines). Opines are utilized by the bacteria during host colonization. Opines are taken up by the bacteria, and induce the transcription of the octopine catabolism operon for opine uptake and catabolism. This operon contains a gene, msh, predicted to direct the conversion of S-methylmethionine (SMM, an abundant plant metabolite) and homocysteine into two molecules of methionine. Purified Msh carried out this reaction, verified by ESI-MS/MS, suggesting that SMM is an intermediate in opine catabolism. Purified octopine synthase (Ocs, normally expressed in plant tumors) reductively condensed SMM with pyruvate to produce a novel opine, designated sulfonopine, whose catabolism by the bacteria would generate SMM. Ocs also utilized a large variety of other amino acids as substrates. Tobacco and Arabidopsis thaliana plants produced sulfonopine only when colonized by A. tumefaciens. Sulfonopine production was corroborated by ESI-MS/MS and NMR. In liquid growth assays, sulfonopine was utilized as sole source of sulfur by A. tumefaciens and induced the transcription of the occ operon via OccR. This is the first report of an opine that contains sulfur, an essential element. Moreover, when sulfonopine is catabolized, generating SMM and pyruvate inside of the bacterial cell, Msh uses SMM to synthesize methionine. The methionine thus generated downregulates msh together with downstream genes in the occ operon, including traR. TraR is a master transcriptional regulator, therefore when methionine downregulates its biosynthetic gene, it also represses TraR-dependent regulation of quorum sensing, conjugation and replication of the Ti plasmid of the colonizing bacteria. These data demonstrates that SMM is not only a nutritional source but also serves as a mediator of gene regulation, integrating the nutritional status of the cell with gene expression.