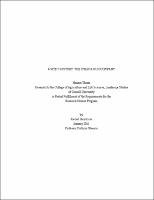 The Ithaca Gun Factory, located in Ithaca, New York above one of the city’s most prominent and scenic features, Ithaca Falls, laid abandoned for several decades before its demolition in the year before this thesis was written. The Gun Company long stood along Fall Creek as one of the last enduring beacons of that area’s industrial core, and in its absence persists a cultural narrative on the role of the industrial landscape in today’s society. This thesis is a collection of important or pertinent information on the history and current conditions of the site of the factory and the land in its immediate vicinity. Although the site is highly visible within the Ithaca community, it lacks accurate and comprehensive documentation. While a formal survey has yet to be conducted, this work is intended as a collection of the full breadth of data from the site’s industrial beginnings, to its most recent history. This thesis is divided into two parts, the first being a study of the Gun Company’s history, from the land’s ancient geological beginnings, through its inception among other formative industries, to the toxic circumstances leading up to its eventual dilapidation and razing, with proposals for its redevelopment opening a new chapter in the site’s history. The second part documents the site in its extant condition, focusing on its specific landscape characteristics that portray the site’s significance as well as its shortcomings. The historical documentary information was assembled from a variety of primary and secondary sources including historic maps, photographs, correspondence, reports, environmental assessments, written histories, and past studies conducted on the site. The description of existing conditions is based on site visits and previous documentation of the site’s components and partial surveys of its vegetation and topographical features.