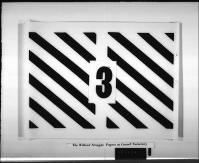 Reel 3 April 1909-October 1910 In April Straight completed a memorandum on the navigation of the rivers of China, Korea, and the Russian Far East. Filed under the date of its signing, 11 May 1909, is a copy of an agreement between China and Russia concerning the organization of municipalities on the lands of the Chinese Eastern Railway. A State Department letter on May first refers to "oral directions by the Secretary of State to continue the study of the possibility of an advantageous introduction of American capital into China." An agreement between Straight and J. P. Morgan and Co., Kuhn, Loeb and Co., the First National Bank of New York, and National City Bank of New York is dated 14 June 1909. Copies of telegrams through June chronicle the effort to have the United States admitted to an international consortium of bankers. In the weeks preceding Harriman's death in early September, Straight sent him a number of letters and cables. On October second he signed the preliminary agreement for the construction of the Chinchou-Aigun Railway. Through the next twelve months Straight wrote more than fifty letters to the J. P. Morgan Company and Henry Pomeroy Davison. Dorothy Payne Whitney became a regular correspondent in 1910, and, though her letters do not appear, copies of Straight's letters to her contain much detail about his work. Copies of a number of documents relating to the Chinchou-Aigun loan appear under the date of 30 April 1910. Memoranda concerning the Hukuang railway loans appear in late May. Straight's contract with the American Group dated 10 June 1910 doubled his salary of the previous year. Summaries of interviews Straight conducted in St. Petersburg with the Russian ministers of war, finance, and foreign affairs and with M. Stolypin, minister of the interior and Premier, appear among the papers of late June. A letter addressed to Frank H. McKnight by E. T. Williams concerning the State Department's view of the rail¬way project is dated 9 August 1910, and a letter from newsman Joseph Ohl on September seventeenth sought to keep Straight abreast of developments in Peking. Many notes to Miss Whitney appear in the later months on the reel.