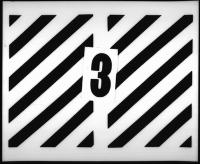 Reel 1 1857 -June 1907 Scattered letters and documents from 1857 to 1894 concern Straight's parents. The correspondence in 1901 relates to his appointment to the Chinese Imperial Maritime Customs Service and his departure for the Far East. A letter from Peking dated 30 April 1901 was writ¬ten by William Alexander Parsons Martin. Straight's letters from 1902 to early 1904 describe his experiences in Nanking and Peking and his impressions of the countryside, the commercial potential, and the varied people he encountered. In 1904 and 1905 the letters indicate his presence in Tokyo, Seoul, and a number of cities and towns in Manchuria, where he went in search of news for Reuter and the Associated Press, and where he made sketches for the Lon¬don Graphic. The first letters from John Otway Percy Bland, for whom Straight illustrated two books, appear in 1904. Straight's own letters through the fall of 1905 detail the visit to Korea of Alice Roosevelt and her party and later the Japanese take-over of the administration of Korea. The Tokyo riots that followed publication of the terms of the Portsmouth Treaty were described by Frederick Palmer in late September. Other correspondents through 1905 were John Gardner Coolidge, Martin Egan, and Sir Robert Hart. The few letters in early 1906 relate to Straight's months in Cuba as secretary to the United States minister to Cuba, Edwin Vernon Morgan, under whom he had also served at Seoul. Straight spent several weeks in Washington in the spring in the hope of securing an appointment in the United States foreign service, and in late June was named consul general for Mukden in Manchuria. On 15 October 1906 Straight send back a lengthy report to President Roosevelt summarizing his observations during the journey through Siberia and Northern Manchuria. On the thirty-first he addressed the first of several letters to Edward Henry Harriman about railways in the Eastern Provinces. E. V. Morgan was a frequent correspondent through Straight's two years in Mukden, and his letters comment informally on U.S. policy in Cuba. There are a few letters from William Woodville Rockhill, U.S. minister to Peking, in the first months of 1907.