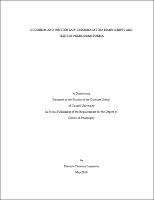 This dissertation examines the regional and local histories of dhammasattha, the preeminent Pali, bilingual, and vernacular genre of Buddhist legal literature transmitted in premodern Burma and Southeast Asia. It provides the first critical analysis of the dating, content, form, and function of surviving dhammasattha texts based on a careful study of hitherto unexamined Burmese and Pali manuscripts. It underscores the importance for Buddhist and Southeast Asian Studies of paying careful attention to complex manuscript traditions, multilingual post- and paracanonical literatures, commentarial strategies, and the regional South-Southeast Asian literary, historical, and religious context of the development of local legal and textual practices. Part One traces the genesis of dhammasattha during the first and early second millennia C.E. through inscriptions and literary texts from India, Cambodia, Campa, Java, Lanka, and Burma and investigates its historical and legal-theoretical relationships with the Sanskrit Brahmanical dharmasastra tradition and Pali Buddhist literature. It argues that during this period aspects of this genre of written law, akin to other disciplines such as alchemy or medicine, functioned in both Buddhist and Brahmanical contexts, and that this ecumenical legal culture persisted in certain areas such as Burma and Java well into the early modern period. Part Two examines the distinctive styles and formats of the earliest surviving Burmese dhammasattha manuscripts to discuss how their textual and literary features reflect the local circulation and reception of written law. It contends that an investigation of written law in practice must be attentive to features of manuscript culture, including aural/oral modes of reading, the role of versification, the status and function of Pali and vernacular languages, and the relationship between source-text and commentary. Part Three analyzes how legal and textual authority is imagined by the Manusaradhammasattha (redacted 1651 C.E.) relative to other genres of Buddhist literature. It considers criticisms of and apologies for dhammasattha as either a "Vedic" or "Buddhist" corpus of texts. In so doing it presents a detailed analysis of the specific hermeneutic arguments marshaled to account for and accommodate dhammasattha and other varieties of Brahmanical learning in premodern Burma. It concludes with an analysis of the centrality of moral conceptions to aspects of dhammasattha jurisprudence, arguing that Buddhist legal ethics was highly composite in textual terms and related to Sanskrit and Pali literature as well as vernacular normative ideals.