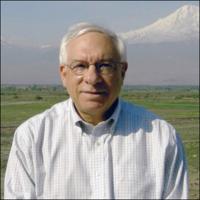 This documentary was created as a gift for Yervant Terzian's 70th birthday (Feb 9, 2009.) The production takes a personal, honest, and at times light-hearted approach to the Professor's Cornell story, made upbeat through the Happy Birthday song variations music separating the chapters. Yervant's family and childhood roots are explored briefly, but the emphasis is on Terzian's 45 year Cornell career as a teacher, researcher, and department chairman for 20 years. This success story is told through interviews in June 2009 with Yervant, his wife Patricia, and with his friends that include Cornell Astronomy professors, a former Cornell president, a former Cornell provost, and several Astronomy department assistants. Using vintage still photos, as well as videotape from up to 20 years ago, this documentary is able to feature several persons important to Yervant's life and to Cornell Astronomy, the late Carl Sagan and the late Tommy Gold.