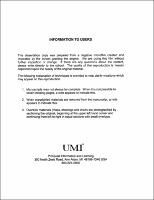 Franco Donatoni is best known for his works after about 1967, music that exemplifies an inventive, virtuousic style, often treating instruments in a brilliant, Baroque manner. Yet between 1962 and 1967, Franco Donatoni's musical style evolved from one marked by John Cage's aleatoric principles to a vigorously mechanistic style where an artisinal approach to composition was valued above the creative process. By the late 1970's, the negativity of total serialism and total aleatorism would be abandoned in favor of a new process that still retained elements of freedom and precision without being bound by them. This dissertation aims to show traits that Donatoni rejected and retained during these early years of transition.