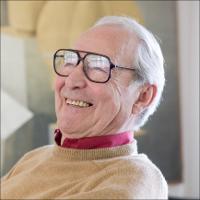 This documentary features Cornell College of Architecture, Art and Planning Professor of Sculpture Jack Squier, MFA '52, and Jane Squier, his wife since 1950. The story of this "stylish" couple who has made Ithaca their home since their marriage-with only a short break-is central to this production which was created in honor of Squier's retirement from Cornell after nearly 50 years of teaching sculpture. This video illustrates Squier's importance to the life of the University: The Plantations Sculpture Garden, the Foundry, and the AAP Rome Program being several prominent examples of his vital contribution to Cornell. Through the use of vintage photos and video, current video of the couple in retirement, and video of Jack in his Foundry studio right before retirement in 2005, as well as through interviews of 20 others, mostly his Cornell students from across the classes, Squier's legacy and his body of work has been well-documented.