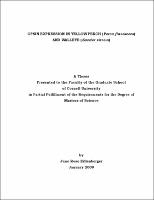 Vision arises from the absorption of photons by visual pigments located in retinal photoreceptor cells. Visual pigments are composed of a protein moiety (opsin) and a bound molecule of vitamin A aldehyde. The spectral sensitivity of an animal is determined by the absorbance characteristics of its visual pigments. The ancestral vertebrate has five visual pigment families, an RH1 found in rod photoreceptors for low light vision, and four visual pigments found in cone photoreceptors for bright light vision. The cone pigment types are a long to middle wavelength sensitive (LWS, red), a middle wavelength sensitive (RH2, green), and two short wavelength sensitive classes (SWS1, ultraviolet and SWS2, violet). The spectral region over which a particular visual pigment absorbs is determined both by the amino acids present at the opsins specific 'tuning sites' as well as the form of vitamin A used. In fish, there are morphologically distinct photoreceptor types, common ones being rods and double/twin, single and short single cones with visual pigments often associated with specific cone types. In percids such as the yellow perch (Perca flavescens) and walleye (Sander vitreus), each member of the twin cones contains the same LWS pigment; single cones contain a RH2 pigment and short single cones contain one of the SWS pigments. In the yellow perch, the short single cones are found only in the larval stage, and disappear at the time of transition in habitat and prey. Microspectrophotometry (MSP) has identified the pigment in the short single cones as being SWS; however the specific SWS family is unknown. For the closely related walleye histological and microspectrophotometric examination has found no evidence for an SWS cone at any developmental stage. Retinas of larval yellow perch and walleye were used for RNA extraction and cDNA synthesis. Opsin specific primers were used to amplify and then identify visual pigment sequences. Retinas of the juveniles of both species express LWS, RH2 and SWS2 and both have a genomic copy of SWS1 that does not appear to be expressed. Interestingly, SWS2 was also found in slightly larger fish retinas suggesting that there may be small population of short single cones not previously found, or that there is co-expression of SWS2 and another visual pigment in either one or both of the other cone classes. These findings suggest the presence of all five opsin classes genomically with differential expression being used temporally to adapt the fish for the specific visual tasks needed for the photic environment. In the case of the yellow perch, the planktonic prey of larval fish scatter short wavelength light which may make them most easily identified with violet visual pigment sensitivity. Larval walleye should be examined histologically to determine the location of SWS2 expression.