The Interplay Of Brain And Experience In Parental Love 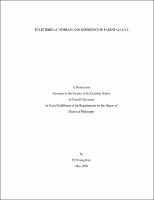