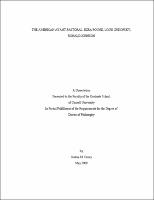 Since the time of Virgil, poets have dreamed of Arcadia: an imaginary rural landscape in which poet-shepherds while away their days with song, enjoying a non-exploitative relation to nature, to each other, and to their own inmost selves. These fantasies are created in the shadow of an imperial urban power defined by the administration and exploitation of these natural, social, and psychological resources. In the twentieth century the pastoral fantasy took on new urgency in the face of rapid industrialization and globalization; however, the pastoral gestures most common in modern and contemporary American poetry tend toward the naive reification of nature as an object for aesthetic consumption. This dissertation examines how three American modernist poets use the avant-garde technique of collage to revive the negative and critical capacity of pastoral and transform it into a vehicle for utopian speculation. The avant-pastoral mode is that of the bricoleur, reassembling the linguistic and natural givens of a world damaged by instrumental logic and industrial exploitation into new configurations in which writers and readers might dwell. As modernist ?ecoleurs,? these poets write pastorals that suggest critical alternatives both to the willed naivet? of the ?nature poem? and to the epic ?poem including history,? seeking to uncover the liberatory potential of the pastoral landscape by steering poetic language between the Scylla of myth and the Charybdis of instrumental reason. Chapter 1 reads Adorno and Heidegger as modernist thinkers about pastoral, a mode whose apparent weakness as an aesthetic of wishful thinking manifests as critical potential when it is combined with avant-garde techniques and imperatives. Chapter 2 examines the changing role of pastoral in The Cantos of Ezra Pound as it shifts from a vehicle for fascist ideology to something more tentative, fragile, and open in the Pisan Cantos. Chapter 3 considers the urban pastoral of Louis Zukofsky, whose bricolagic approach to language and the natural world suggests an attempt at a utopian ecology. Chapter 4 studies the work of Ronald Johnson and the persistence of the utopian-critical impulse in his ecstatic pastoral epic, ARK, a poem that turns Pound on his head through its attempts to exclude history.