Milton Konvitz American Ideals Lectures
JavaScript is disabled for your browser. Some features of this site may not work without it. 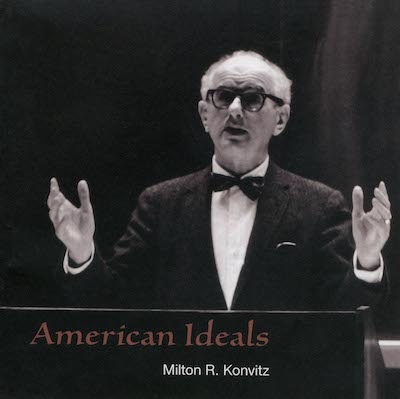 Milton Konvitz was a professor in Cornell's Law School and a founding faculty member of the School of Industrial and Labor Relations. He retired in 1973. He was an authority on constitutional and labor law, and on civil and human rights. He was famous for teaching a class called American Ideals at Cornell for many years; it was based in the College of Industrial and Labor Relations and regularly drew enrollments in the many hundreds, with the eventual total exceeding over 8,000. Young Ruth Bader, later Justice Ruth Bader Ginsburg, was one of those students.

This collection contains audio files of the American Ideals lectures from January, February, March, and April of 1973.