Governing the Airpocalypse - Insights from China's "War on Smog" 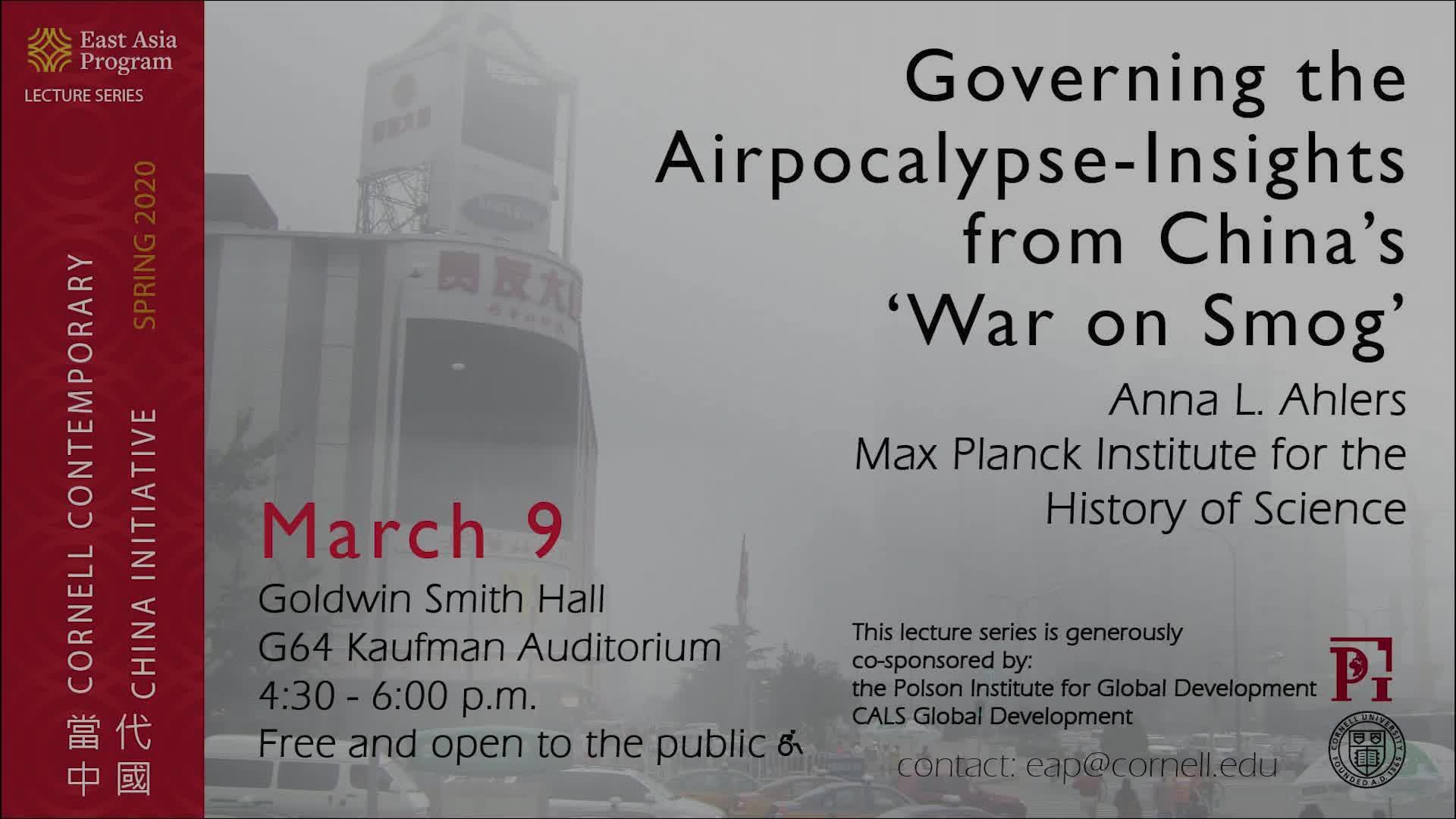 Anna L. Ahlers, Max Planck Institute for the History of Science - For about a decade now air pollution is probably the most hotly debated environmental problem in Chinese society. The 2008 Summer Olympics in Beijing and the huge winter smog events of 2012/13 in Northeastern cities marked a watershed in communication about this problem. Concern about the health effects of heavy air pollution has become a fact of life for Chinese urbanites and sparked demands for political solutions. In 2013 the government issued a first action plan for air pollution control and declared a high-profile “war on pollution” a year later, introducing some harsh new regulatory measures. China’s newfound “authoritarian environmentalism” in fact seems to have yielded significant results already, even Greenpeace admits, and average annual urban air pollution has been on the decline in recent years. How has this turnaround in Chinese environmental politics been possible and what are its main features? In her talk, Dr. Ahlers draws some preliminary conclusions concerning the political impact of China’s “airpocalypse”, based on more than five years of research in an international and interdisciplinary project team. Dr. Ahlers argues that the smog experience was a trigger for overall changes in environmental governance in China, and presents some examples of the related–sometimes rather surprising–new governance mechanisms, their background, and effects. Last but not least, as the apparent return of extreme smog events over the last two winters calls into question the government’s preferred narrative, Dr. Ahlers also points to some of the many questions that warrant further research.