"Economic Integration and Spatial Wage Differences: How Valuable Is Market Access to Workers in China?" 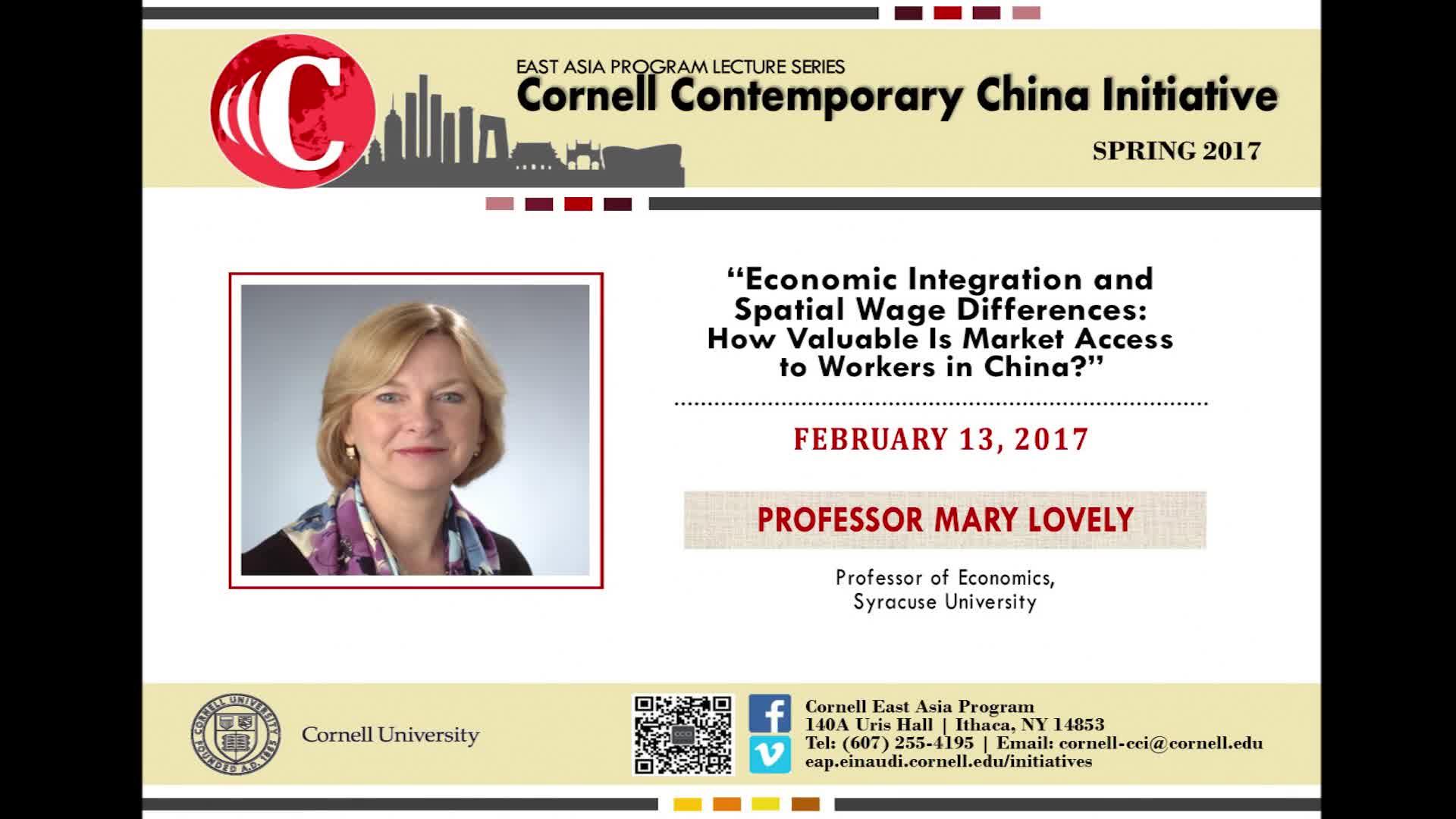 Mary Lovely, Professor of Economics, Syracuse University - New economic geography (NEG) models predict that costly transport and the spatial distribution of demand affect the profits firms can earn in different locations, leading to higher wages for workers employed in cities with better geographic access to markets. In light of the ongoing economic integration and market reforms that occurred in China after 1995, this study uses three waves of Chinese Household Income Project (CHIP) data to measure the extent to which the influence of market access on wages changed and affected wage dispersion across Chinese cities over the next 12 years. Using the gravity-based method of Redding and Venables (2004) to calculate the market access available at each location, this study tests whether the elasticity of the wage with respect to this locational characteristic increased over time. The study finds that in all three years, market access of the worker’s location has a positive and significant influence on the wage. Consistent with extensive labor market reforms in the late 1990s, the estimated wage elasticity doubles between 1995 and 2002 and is stable thereafter. The estimates indicate that wages of all workers became more responsive to market forces consistent with NEG predictions, both skilled and unskilled and those working for state enterprises as well as private enterprises. This study also provide evidence that these results are not driven by other forms of agglomeration or by selection bias. Estimated spatial differences in nominal wages are large: a worker moving from an inland location to the coast in 2007 would have doubled his or her nominal wage.