The Mammary Gland in Health and Disease 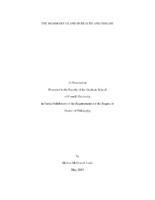 The mammary gland is a conserved, defining feature among mammals; however, there is much variation between species in both healthy functions, such as lactation, and diseases, such as mammary cancer and mastitis. Species such as the cow, for example, are expert lactators, while lactation insufficiency remains a problem for many women. Mammary cancer is common in species such as humans, dogs and cats, but is rare in other species such as horses, cows and pigs. The majority of this work focuses on mammary stem/progenitor (MaSC) cells as these are the cells thought to drive lactation and to be at least partly responsible for mammary cancer development. These cells have been successfully isolated and characterized in mice, humans, and cows; however, these methods use species-specific antibodies and thus cannot be broadly applied across species. We first describe a novel method for isolating and characterizing MaSC from many different species in an antibody-independent manner. We then describe two projects that use this method for a comparative species approach to define possible underlying mechanisms behind mammary cancer resistance. In the second project we discovered that the secretome of equine MaSC kills a subset of human breast cancer cells, establishing the potential therapeutic effects of the MaSC secretome. With this in mind, we focused on the other primary disease of the mammary gland: mastitis, an inflammatory disease most commonly caused by bacterial infections. We found that the secretome of bovine MaSC repairs epithelial and endothelial cell damage and contains antimicrobial peptides, making it a good option for complementary mastitis therapy. In our final project, we once again demonstrate the advantages of using a comparative species approach to identify potential treatments for canine and feline mammary cancer, modeled after what has previously been described for breast cancer in humans. Collectively, this work denotes two potential mechanisms for cancer resistance in domestic species and highlights the potential therapeutic benefits of the MaSC secretome.