Echoes in the Bones: An Osteological Analysis of the Biological Impact of Roman Rule at Corinth, Greece 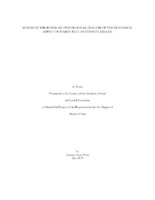 The effects colonial regimes have on health has emerged as an important focus in bioarchaeological research. This study contributes to our understanding of this phenomenon by assessing the impact Roman colonization had on health in Corinth, Greece. Using previously published bioarchaeological data, frequencies of cribra orbitalia, porotic hyperostosis, linear enamel hypoplasia, and carious lesions were compared between pre-Roman (7th century B.C-146 BC) and Roman period (44 BC- 4th century AD) populations from three cemeteries in Corinth: the North Cemetery, the Northern Cemetery, and Anaploga Cemetery. Results indicate a statistically significant decrease in the frequency of nonspecific indicators of physiological stress and carious lesions during the Roman period at Corinth, suggesting a change in disease ecology or food security after the onset of Roman imperial rule. This upward trend in health indicators diverges from previous bioarchaeological studies of colonialism in the Roman world and beyond, demonstrating the diversity of colonial experiences and encouraging scholars to question previous assumptions associated with colonizer/colonized models. By integrating multiple lines of bioarchaeological and historical data, this research promotes interdisciplinary exploration of the embodied effects of colonialism.