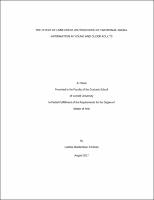 Loneliness selectively alters the way in which people perceive, process, and interact with information in their social world. Specifically, lonely individuals display a hypersensitivity to social threats and a propensity to preferentially process emotionally valenced social information. Although loneliness influences both attention and memory for socioemotional information in young, the impact in older adulthood has not yet been considered. Here we examine whether loneliness deferentially modulates attention biases and incidental memory for distracting social and emotional stimuli in young and older adults. Forty young (24 female and 16 male) and forty older adults (22 female and 18 male) performed a digit parity task during which they were asked to make parity decision as they were simultaneously shown distracting social and nonsocial images varying in valence (positive, neutral, negative). Participants were then given a surprise memory recognition task. Higher levels of loneliness in young adults predicted lower distractibility for negative and neutral social stimuli relative to positive stimuli. In contrast, lonely older adults were less accurate on the attention task when negative social distractors were presented. Loneliness did not influence incidental memory in either young or older adults, although recognition was greater for negative social images. We discuss the implications of these findings for theoretical perspectives of the influence of loneliness on socioemotional processing and suggest future research directions.