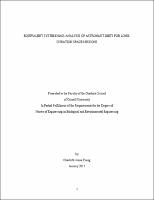 As of 2016, the National Aeronautics and Space Administration’s (NASA’s) Human Exploration and Operations Mission Directorate (HEOMD) is working towards manned missions to destinations beyond low-Earth orbit (LEO), with the ultimate goal of sending humans to Mars by 2030. In contrast to previous manned missions to the Moon and International Space Station (ISS), where astronauts have had easy access to resources from Earth throughout the mission, long-duration missions to Mars will require crew members to reside in man-made habitats on the surface of Mars for extended periods of time. As a result, the design of a Mars mission must take into account how humans can efficiently sustain themselves in these largely closed-loop habitats. Since humans require adequate nutrition and caloric intake to function and maintain basic standards of health, planning for long-duration space missions requires an understanding of the effect that astronaut diets and food systems have on the overall mission. Whereas astronauts on missions to the ISS can currently pack their own food from Earth and rely on cargo resupply missions for replenishment, spacecraft launch mass restrictions dictate that astronauts on Mars missions must grow, process and cook their own food in space in order to survive. (Given the high costs of a mission from Earth to Mars, using cargo resupply as the sole source of food is not a viable option for Mars surface missions.) Thus, assembling the optimal diet for astronauts on these missions requires an analysis of the resources required to produce all desired crops and ingredients, and eventually meals. This paper details one possible approach to this analysis using the concept of Equivalent System Mass (ESM), which relates the mass, volume, power and cooling requirements, resupply needs, and crew time needs of a crop or ingredient to launch mass, allowing for determination of which crops and ingredients have the lowest cost to the mission.