Polymorphic Gait In The Horse: An Interaction Of Genetics, Morphology, And Behavior 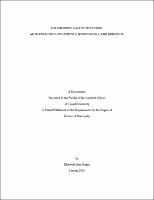 Selection after domestication has primarily focused on performance, conformation and desirable behaviors in the horse, resulting in breeds that are divergent across these traits. An example are the "gaited" breeds, horses with the ability to perform either a lateral or diagonal fourbeat gait without a moment of suspension at intermediate speeds, yet varying in overall size and temperament. To investigate the contribution of genetics to these divergent traits, we collected DNA samples, 35 body measurements, gait information, horse discipline, and a behavior survey from 801 gaited horses. Utilizing previously genotyped horses, an across-breed genome-wide association study (GWA) identified three novel candidate regions associated with gait type on ECA1, ECA11, and EC4. A GWA in a single gaited breed, the Tennessee Walking Horse (TWH) identified two additional candidate regions on ECA19 and ECA11. Polymorphisms from whole-genome sequences have identified several SNPs within these candidate regions. We conducted principle component analysis (PCA) on 33 of the body measures for a subset of TWH. A GWA of the first PC, which describes overall size, identified the LCORL locus, which has previously been implicated with size in horses, cattle, and humans. No causal variant has been discovered yet due to extensive linkage disequilibrium (LD) in the region, but LD in the TWH is much lower, improving the resolution capabilities for fine-mapping and variant discovery. To investigate the contribution of genetics to temperament, we utilized factor analysis (FA) on the questionnaire to identify four temperament factors in TWH: neophobia, trainability, hostility, and independence. These four factors account for 64% of the total trait variance. We ran three separate GWAs using the F1-'neophobia', F2-'trainability', and F3-'hostility' scores as the phenotype and identified candidate markers in genes involved with neurodegeneration, steroidogenesis, brain development, and neuronal cell signaling pathways. The results from this work will hopefully lead to future studies to identify the causal variants of locomotion, size, and behavior traits. This will allow for the development of genetic tests to aid horse owners in their breeding and management decisions and help improve horse welfare as horses are selected for appropriate disciplines.