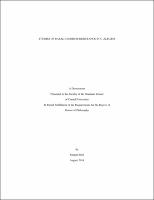 Cadmium (Cd) is a highly toxic transition metal that induces DNA damage, generates reactive oxygen species (ROS), and interferes with the antioxidant system. These effects of Cd toxicity can cause diseases in humans including Alzheimer's and Parkinson's diseases and cancers. For the past decades, Cd has been increasingly emitted into our environment via different industrial products thus threatening human health. Although research to elucidate the molecular basis of Cd toxicity has been actively done, comprehensive study of Cd distribution in tissues and cell types in the organisms, and the effect of Cd on the ionome/metallome is poorly understood. In this regard, the nematode worm Caenorhabditis elegans is a perfect multicellular model system to study distribution of Cd and its effect on distribution of other elements in tissues and different cells types, e.g. intestinal cells, neurons, coelomocytes, which are affected by heavy metal poisoning in humans. Furthermore, C. elegans shares a high degree of conservation of stress-resistance genes, among which is HMT-1/ABCB6. Therefore, one part of my dissertation aims to establish the effect of Cd on the ionome/metallome in C. elegans, while another part is focused on analyses of HMT-1 mediated Cd resistance. Analyses of the effect of Cd on the C. elegans ionome/metallome revealed that dietary Cd reduces the concentrations of biologically important elements such as zinc (Zn), copper (Cu), manganese (Mn), cobalt (Co), sulfur (S), potassium (K), iron (Fe), while it increases concentrations of potentially toxic, nonessential elements such as arsenic (As) and rubidium (Rb). Also, in collaboration with Dr. Lydia Finney, using synchrotron based X-ray fluorescence microscopy (SXRF), I showed that Cd accumulates in the intestinal cells and significantly alters the distribution of Fe. Moreover, in collaboration with Dr. Anuj Sharma I found that Zn homoeostasis is essential for basal Cd resistance in C. elegans. Previous work in the Vatamaniuk's lab has shown that HMT-1 is acutely required for resistance to different heavy metals and is expressed in intestinal cells, head and tail neurons and coelomocytes in C. elegans. Unlike canonical, "full-molecule" ABC transporters, HMT-1 is a half-transporter possessing one TMDs and one NBD. In addition, HMT-1 contains a hydrophobic N-terminal extension (NTE) domain. However, how HMT-1 proteins act and what role the NTE domain plays in their function, are not known. I showed that HMT-1 of C. elegans exists as an oligomer, and, at a minimum, homodimerizes. In collaboration with Dr. Vatamaniuk, I showed that HMT-1 localizes to the apical recycling endosomes in intestinal cells. In collaboration with Dr. Anuj Sharma, I established that the NTE domain plays an important structural and functional role: it is essential but not sufficient for the ability of HMT-1 to confer Cd tolerance, HMT-1-HMT-1 protein interactions, and targeting of HMT-1 to apical recycling endosomes Considering that Cd is not bio-degradable and tends to accumulated in theenvironment and the human body, my thesis research might provide novel avenues for the prevention or treatment of humans diseases caused by toxic heavy metal poisoning.