The Suggestive Influence Of Lineups On Memory:A Comparative Study Of Children And Adults 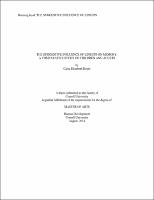 This study was designed to test whether making a selection from a target-absent lineup could alter memory for the actual perpetrator. Three different lineup presentations were used: simultaneous, sequential, and elimination. In addition, three different memory tests were used in which participants saw two of the following three faces: the actual thief, a suspect from the original lineup, and a novel suspect. The sequential lineup resulted in the fewest initial false identifications, while the simultaneous lineup appeared to protect the most against memory alteration. Logistic regression models were utilized to estimate the likelihood of making a particular identification during the memory test. Participants were more likely to identify the innocent original suspect when they were older, non-white, and were shown the sequential lineup. Participants were more likely to make an accurate identification of the thief when they were younger and had made an identification from the initial lineup.