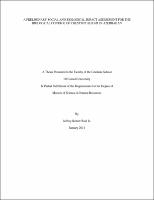 The presence of chestnut blight, Cryphonectria parasitica, was first reported in Azerbaijan in 2008 by the Azerbaijan State Institute of Botany in cooperation with Iowa State University. By 2010, the fungus was present in all of the country's chestnut growing territory. In the region, blight poses a threat to the genetic resources of the European chestnut, Castanea sativa, as the Caucus countries of Azerbaijan, Armenia and Georgia along with Eastern Turkey are located within the center of origin and highest genetic diversity for the species. Additionally blight threatens the food sovereignty of chestnut producing communities as diminishing harvests strip away rural viability for these highland inhabitants, many of whom are ethnic minorities. Possible agronomic and policy responses include 'no response,' species and variety replacement, as well as plant breeding to introduce blight resistance to the Caucus chestnut varieties. However, a thorough consideration of community priorities, available resources and international interests in plant genetic resources and food sovereignty leaves the implementation of biological control as the most highly recommended response. Based on the results of twenty-two household interviews conducted in two chestnut cultivating communities in 2010, and on a review of pertinent literature, this work represents a preliminary social and biological impact assessment for the implementation of biological control of chestnut blight using the technique of applied hypovirulence.