Print And Performance In American Abolitionism, 1829-1863 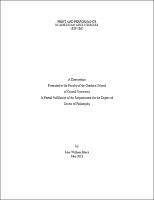 "Print and Performance in American Abolitionism, 1829-1865" examines the relationship between the printed and performed work of Frederick Douglass, Harriet Beecher Stowe, and Abraham Lincoln. It argues that each kind of work contributed to the other's creation and presentation. The failure of their early efforts showed once and for all that the abolitionists would not have access to a system that allowed for the disembodied distribution of texts. Even if they continued to use the medium of print to publish their message, there would be immediate demands on their bodies for its circulation. They would need texts that could be easily distributed, but that could also elicit more distribution. These texts would instruct the reader how to perform them and how to get others to do the same. The proliferation of abolitionist literature is generally understood to have been a product of reprinting. In fact, reprinting worked in cooperation with reenacting. To date, studies of slavery and abolition have considered one medium or another. "Print and Performance in American Abolitionism, 1829-1865" investigates the coordination of material process and embodied practice that distinguished the abolitionist movement.