Giovanelli, Riccardo
JavaScript is disabled for your browser. Some features of this site may not work without it. 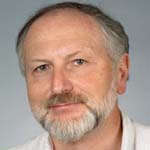 Ricaardo Giovanelli is a Professor, Astronomy at the College of Arts and Sciences at Cornell university. His research interests are in the areas of observational cosmology and the structure, evolution, and environments of galaxies. After spending much of the 1980s studying the large-scale structure of the universe by means of redshift surveys of galaxies, he is now applying redshift- independent methods to the measurement of galaxy distances. Recent studies deal with the internal extinction of spiral disks, the structure of clusters of galaxies, the determination of cosmological parameters, the luminosity function of OH Megamasers and the characteristics of the peculiar velocity field in the local universe. The latter investigation reveals that the velocity perturbations produced on the local universe by overdense and underdense regions have smaller amplitudes and scales than heretofore suspected. The observational efforts involved with Giovanelli's programs are carried out at several facilities, such as the Arecibo Observatory, the National Radio Astronomy Observatory, the Palomar Observatory, the Kitt Peak National Observatory, the Cerro Tololo Interamerican Observatory, the Canada-France-Hawaii Telescope, and the Nancay station of the Observatory of Paris. He also leads the Cornell effort towards the construction of an infrared telescope at very high altitude, in the Atacama Desert. In 1989 he received the Draper Medal of the National Academy of Sciences for his work in observational cosmology.