A Conversation with Malden C. Nesheim 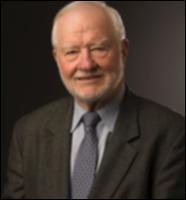 On October 27, 2012 Malden C. Nesheim, who was Cornell’s Provost 1989-1995, was interviewed by Norman R. Scott. They discussed his early years on an Illinois farm, his studies in animal nutrition at the University of Illinois and how his career interests developed. After serving in the United States Air Force, he enrolled in doctoral studies in nutrition at Cornell in 1956. The interview covers his career as a Cornell faculty member and administrator.Between 1959 and 1974 he held positions as Assistant Professor, Associate Professor, and Professor of Animal Nutrition at Cornell University. His research interests during this period were centered on nutritional biochemistry, particularly the metabolism of arginine, lysine and tryptophan, and upon genetic variations in nutritional requirements. He later developed an interest in human nutrition and the influence of parasitic infections on nutritional requirements.He played a major role in the development and the administration of nutritional sciences at Cornell - serving as founding Director of the Division of Nutritional Sciences (1974-1987) a unit that combined two existing programs in nutrition on the Cornell Campus. Later, after serving as Cornell's Vice President for Planning and Budgeting, he became the chief academic officer of Cornell University as University Provost (1989-1995). He was widely acclaimed for his consensus-building style in that role.After leaving his administrative roles, he resumed his lively interest in nutrition, serving on some national committees. He also authored a history of the Division of Nutritional Sciences (The Division of Nutritional Sciences at Cornell University: A History and Personal Reflections: http://ecommons.library.cornell.edu/handle/1813/14711) and two books with Marion Nestle, (Feed Your Pet Right in 2010, and Why Calories Count- From Science to Politics in 2012). For additional background, see http://www.cornell.edu/provost/history.cfm and the PDF files provided as supplementary resources for this interview.