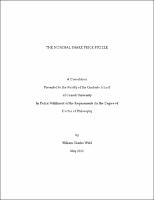 The average nominal prices of common stocks traded on the New York Stock Exchange have remained constant at approximately $30-$40 per share since the Great Depression as a result of stock splits. It is surprising that U. S. firms actively maintained constant nominal prices for their shares while general prices in the economy went up more than tenfold. This is especially puzzling given that commissions paid by investors on trading ten $30 shares are about ten times those paid on a single $300 share. I review potential explanations including signaling and optimal trading ranges and find that none of the existing theories are able to explain the observed constant nominal prices. I suggest that the evidence is consistent with the idea that customs and norms can explain the nominal price puzzle.