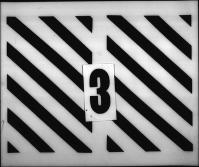 The first four books on the reel are an account of a journey Straight and a companion made in the summer of 1908. Traveling by train, by boat, and on horseback, they explored a portion of Northern Manchuria along the Korean and Siberian borders to assess the agricultural and commercial possibilities of the region. Straight recorded his observations in these diaries. There is no diary for the late months of 1908 and early 1909. Entries in the Peking diaries, from August 1909 to March of 1912, vary greatly in length, but they contain detail about his work and persons with whom he was negotiating. The regular diary ceased when the Straights left Peking. For a few weeks in 1915 and again in the spring of 1916 Straight kept diaries of business trips he took to Europe, the first for the J. P. Morgan Company and the second for the American International Corporation. These accounts were ostensibly prepared for his son Whitney. The final diary was kept by Major Straight from 11 December 1917 until 17 November 1918. The reel ends with some miscellaneous bound material, a record of Straight's childhood, an account of a trip from Peking to the Great Wall in 1903, and the original illustrations Straight drew for J. O. P. Bland's Houseboat Days in China, published in London by Edward Arnold in 1909, and reissued in 1919 by William Heinemann in London and Doubleday, Page and Company in New York