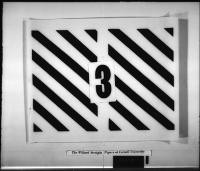 Reel 4 November 1910 -November 1911 The Chinchou-Aigun railway loan was the subject of many letters in the late fall of 1910; discussions in London, Paris, and St. Petersburg were reported in letters to the Group and to Dorothy Whitney. On 7 January 1911 Straight wrote a memoir of E. H. Harriman for his widow, and he addressed letters to Lord ffrench, Frank McKnight, and E. V. Morgan in the first months of the year. Obstacles to a currency loan agreement—rumors of Japanese involvement, provincial unrest, an attractive loan offer from a competitor, and an outbreak of plague — are detailed in the correspondence. An account of the signing of the Currency Loan appears in letter number 175 to the J. P. Morgan Co. on 17 April. The final agreement for the Hukuang Railways Loan was signed in Peking on 20 May. More loan documents appear in the summer of 1911, along with congratulations on Straight's engagement to Miss Whitney. Letters from Peking following the Straights' marriage and their return to Peking in October describe the political climate in the northern capital, as rumor and fear put many Manchus to flight before the approach of revolutionary forces. Edward C. Grenfell wrote on 17 November of meeting Dr. Sun Yat-sen and one of his generals in London.