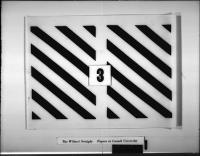 Reel 2 July 1907-March 1909 From Mukden on 9 August 1907 Straight wrote a note of commendation to John Foord of the American Asiatic Association, and on 3 December he wrote at length to Edwin Denby, who was planning to publish a monthly on Asiatic affairs. In mid-November Straight prepared a memorandum on Manchuria that he later handed to William Howard Taft when they conferred in Vladivostok. Copies of some State Department trade reports incorporating Straight's dispatches are filmed at the end of 1907. Some letters in late 1907 and early 1908 concern a news service George Marvin was conducting for the Chinese government. A Marvin letter of 13 January urged that American college men establish friendly relations with Chinese students, as Straight had done with Alfred Sze at Cornell. There are letters from a number of consuls in other commercial centers in Korea and Manchuria. An attack on the gateman of the American consulate in Mukden by a Japanese postman, and the fracas that ensued, led Straight to complain to the Japanese consul. The injudicious release to the press of Straight's colorful account of the incident, referred to as the "Mukden affair" in the Japanese papers, led to the termination of Marvin's news venture. Some other correspondents in the Mukden period are Henry Prather Fletcher, Frederick McCormick, William Phillips, Henry Schoellkopf, and Francis Mairs Huntington Wilson. On 24 May 1908 Straight and an associate began a three-month journey into Northern Manchuria, studying the transportation, agriculture, and trade in outlying areas, and observing and recording the extent of Russian and Japanese control and colonization. In September Straight returned to the United States to help Special Ambassador T'ang Shao-yi place his Manchurian Bank proposal before American financiers. Straight exchanged a number of notes with Harriman and Jacob Henry Schiff. A letter from Elihu Root on 11 December 1908 defines the State Department's attitude toward the undertaking. T'ang's recall in January left Straight in Washington, where he prepared a number of reports for the Division of Far Eastern Affairs.