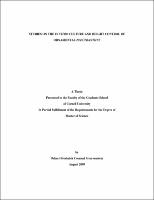 Plectranthus belongs to the Lamiaceae and consists of approximately 350 species. New Plectranthus cultivars that have gained popularity in the horticultural industry are usually sterile hybrids. Tissue culture techniques can be used as a tool to aid Plectranthus breeding programs. The number of works published on tissue culture of Plectranthus is limited, thus creating opportunity for further investigation. The objective of this study was to develop a complete micropropagation strategy making use of both direct and indirect organogenesis for Plectranthus "Cape Angels Dark Pink" (CADP) and P. zuluensis (PZ). Half-strength Murashige and Skoog nutrients and vitamins formed the base medium for the tissue culture research. The chosen Plectranthus cultivars appeared to be sensitive to high cytokinin levels and both CADP and PZ produced the greatest number of shoots in the presence of 0.1 mg/L BA. The presence of auxin during multiplication did not increase the number of shoots produced from nodal sections. CADP shoot tips did not display a change in the average number of shoots produced on continuous subculture, while the average number of shoots produced by PZ increased over time. The greatest increase over time was seen at 0.1 mg/L BA. Different Plectranthus accessions display genotypic variance in the average number of shoots produced from shoot tips when cultured in the presence of 0.1 mg/L BA, with CADP and P. purpurea producing the greatest number of shoots from a single shoot tip. Acclimated microcuttings of CADP and PZ rooted with ease under ex vitro conditions. Near 100% establishment of in vitro cultured Plectranthus plantlets to the greenhouse was achieved. The presence of 2,4-D was required for callus production in both CADP and PZ. Irradiance was important in callus production, with dark conditions favoring callus induction in PZ and light favoring callus production in CADP. White friable CADP callus could be maintained on medium with 0.5 mg/L 2,4-D and kinetin, although it was not possible to induce shoot formation from either CAPD or PZ callus. Ornamental horticulture has placed a major emphasis on the production of well-branched, compact-growing, and proportionate-looking plants. Commercial Plectranthus hybrids such as "Mona Lavender" and the "Cape Angels" series display vigorous growth that requires greenhouse growers to use several cultural techniques to produce plants with the characteristics that are desired by the commercial industry. Plant growth retardants (PGRs) are commercially available to use in producing more compact crops. The objective of this study was to identify appropriate PGRs and concentrations for use as foliar sprays on three commercial hybrid Plectranthus cultivars, "Mona Lavender", "Cape Angels Dark Pink", and "Cape Angels White". Daminozide (2500 - 5000 mg/L) and paclobutrazol (5 - 15 mg/L) that were applied as foliar sprays were not effective in growth retardation in the hybrid Plectranthus. Flurprimidol foliar sprays in the range of 10 - 20 mg/L proved to be effective in growth retardation without other visible negative effects on the plants. Flurprimidol treatments higher than 20 mg/L were excessive. Optimal rates of flurprimidol application on ornamental hybrid Plectranthus are currently being investigated. This study provides a foundation for future research on tissue culture and micropropagation of ornamental Plectranthus. Results from the growth retardation study provide a guideline for effective growth regulator levels for height control of hybrid Plectranthus cultivars under northeastern greenhouse growing conditions in the United States.